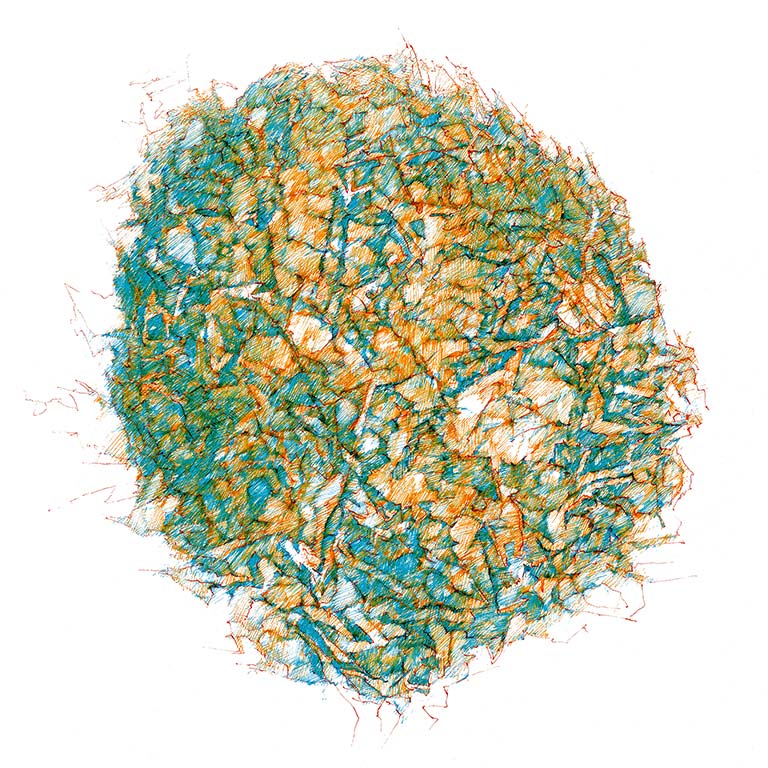 The roots of my culture are European. My early childhood was spent in a hill village in the Italian Alps, where the people speak the Piedmontese dialect; a combination of Italian and French which I can still speak myself. The beauty of that landscape has been the deepest influence on my work. In those days the mountain air was so pure that the starlit sky seemed very close, and the great spaces filled me with a sense of being at one with a universe of absolute beauty.

I have long been fascinated by the Hubble images of the Cosmos, and excited to learn that the stars that light up our sky are an infinitesimal fraction of the billions that inhabit our galaxy. That the inner ring around which the stars orbit is something immense and filled with light, and the black hole within contains the mass of several million suns. In the same way, I try to suggest a limitless space within and beyond the canvas, a kind of force or tension of things pulled inward. This space contains and creates the sense of a web of filaments that binds the galaxies together, with layers of phantom shapes that seem to dissolve and then re-configure.

My visits to the Mayan sites were the most remarkable I had ever made. The sites were mostly deep inside the jungles and had long been overgrown. It was always the topmost layer only of the ancient structures that one could see, built over pre-existing layers, which in turn had been built on earlier deeper layers. This was a subtle landscape of light, ridges, crevices, where once cities had existed.

My paintings are a longing to do the impossible, an attempt to create not a finite object, but a world into which one is drawn.